Home blog Where to mountain bike in and around toronto 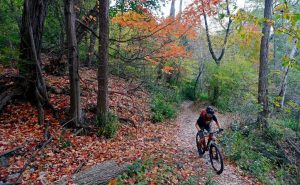 Where to mountain bike in and around toronto