The City has a network of designated cycling routes for cycling to neighbourhoods and destinations across the City. The cycling network includes many types of infrastructure, such as Cycle Tracks, bicycle lanes, shared roadway routes and multi-use pathways. Toronto’s cycling routes are for both commuter and recreational cycling.

The Google Map below shows all the cycling infrastructure in Toronto separated by type. Please click the arrow box in the top left corner to bring up the interactive legend and click the button on the top right to expand the map to a larger view. 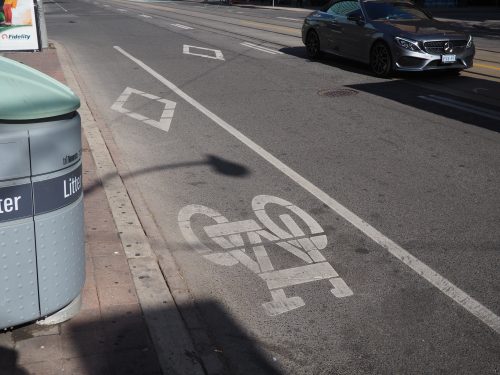 The diamond marking in bicycle lanes is the symbol for a “reserved lane.” Every lane with a diamond in it has accompanying lane restriction bylaws 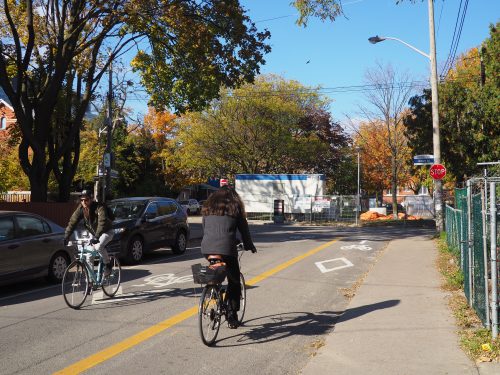 Contraflow bicycle lanes allow cyclists to travel in two directions on a street, which is one-way for all other vehicles. Cyclists travel in one direction in the designated bicycle lane. When travelling in the opposite direction, the cyclist will travel in the mixed-use traffic lane or marked cycle lane.