Home How To How to foil bike thieves 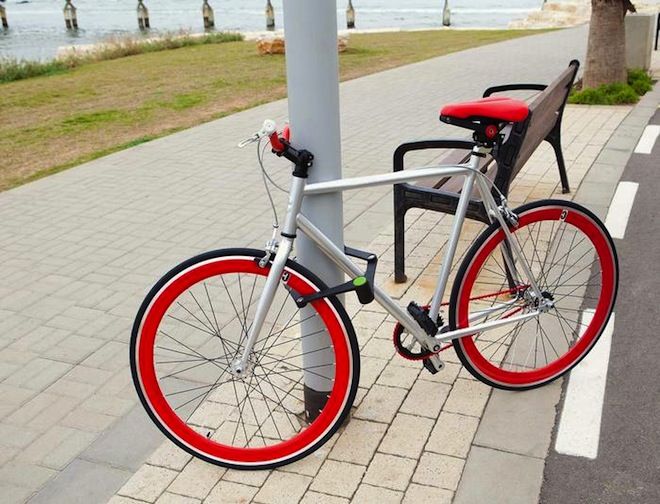 We live in a cyclist’s city—but that also means we live in a city of bike thieves. In 2010, 3,247 bicycles were nicked, according to a Toronto Police crime statistics report, and no doubt there were many more that went unreported. Bike theft is the bane of cyclists everywhere so it’s in your best interest to do everything possible to keep your bike safe. We surveyed some local bike shops for helpful pointers on how to do that.

1. Invest in a good lock

You can go to a dollar store and buy a cheap lock for five bucks, but it won’t stand a chance against the shearing jaws of a bolt cutter. For the utmost in security, invest in a high-quality U-lock made from hardened steel. (Abus, Kryptonite, Trelock, and Bike Guard are among the top producers.)

“Most would-be bike thieves now are using a big steel pipe, putting it in between the lock, and prying it apart or twisting it off,” says Bateman’s Bicycle Co. store manager Forest Holley-Hime. ”Having a good, strong U-lock with anti-pry and -twist properties—that’s going to be your number one.” 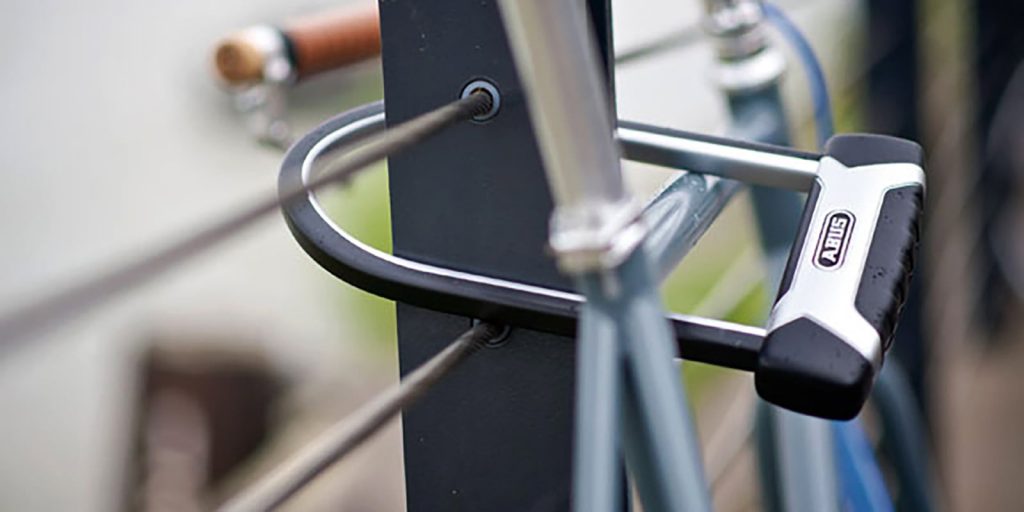 You can pay upwards of $200 for some of the toughest locks on the market but, as with most things, you get what you pay for. High-end U-locks are so tough, you’d need an angle grinder to cut them in a reasonable amount of time.

2. Lock your bike to a secure fixture

Sure, you can lock your bike up to anything that’s bolted down. But some things are not good substitutes for a bike rack: front-porch railings, chain link fences, parking-sign posts, and trees can easily be overcome by a determined thief.

“I always look for a gas meter, because it’s secure and no one will mess around with it,” says Chris Kubin at Sweet Pete’s.

It seems outrageous to think of someone felling a tree just to get a bike, but Kubin says he’s had customers whose bikes have been stolen this way. Always lock up to something secure, stable, and immovable. The many “lollipops” around the city are good, but make sure the one you use isn’t loose.

The ideal way to lock your bike is to put the lock through the rear triangle of the frame so that you’re securing both the frame and the rear wheel together.

“One way that a lot of bikes get stolen is that people think it’s okay to just lock up the front wheel when the front wheel can be taken away easily and left, so the rest of the bike goes missing,” says Holley-Hime. 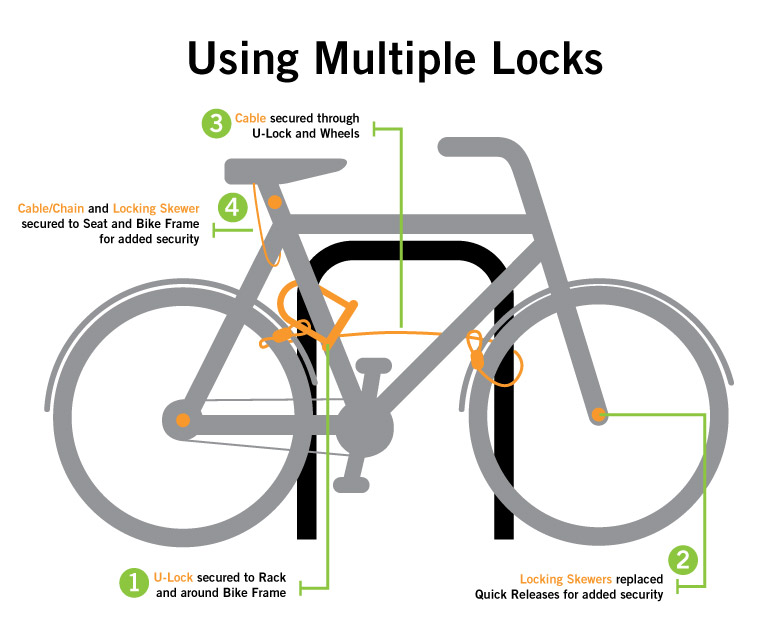 You can also consider using two locks—one on the front wheel and one on the back—thereby adding one more barrier for prospective thieves to cut through.

These days, a lot of bikes are sold with quick-release levers for easy parts removal and storage. The downside of this convenience is that anyone can easily pilfer your seat or front tire in seconds. To prevent this, replace quick-release levers with skewer sets. Skewer sets can be bought at nearly any bike store and act as a locking nut-and-bolt to prevent your wheels from being removed. Some can only be undone with a special key, while others may require an Allen key.

5. Be aware of the bike thief’s mindset and tactics

Thieves don’t necessarily look for specific types of bikes, just ones that look easy to steal. A lot of them are looking for a quick grab and won’t bother with a bike that’s locked up like Fort Knox.

6. Remove accessories when locking up

Baskets, lights, bells, panniers, and water bottles should be taken with you after locking up. Some thieves might be content with grabbing a couple of accessories if they can’t get the whole bike; don’t afford them the pleasure.

To beat the thief, you’ll have to think like one.

View More in “How To”