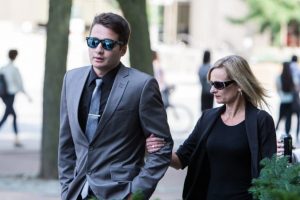 It’s better than a lot of recent rulings, but still not enough. If you kill someone like this guy did, you should be in jail far longer than 4 years, and you should never be able to drive again.

The family of a 26-year-old cyclist, who was killed in a hit-and-run by a 19-year-old driver who wove around stopped traffic to speed through an amber light, were devastated to learn the man will be able to drive again in 10 years.

Mitchell Irwin, now 21, was sentenced to four years in prison and a six-year driving ban on Monday after pleading guilty to dangerous driving causing the death of Adam Excell, as well as failing to remain at the scene and breaching his bail conditions.